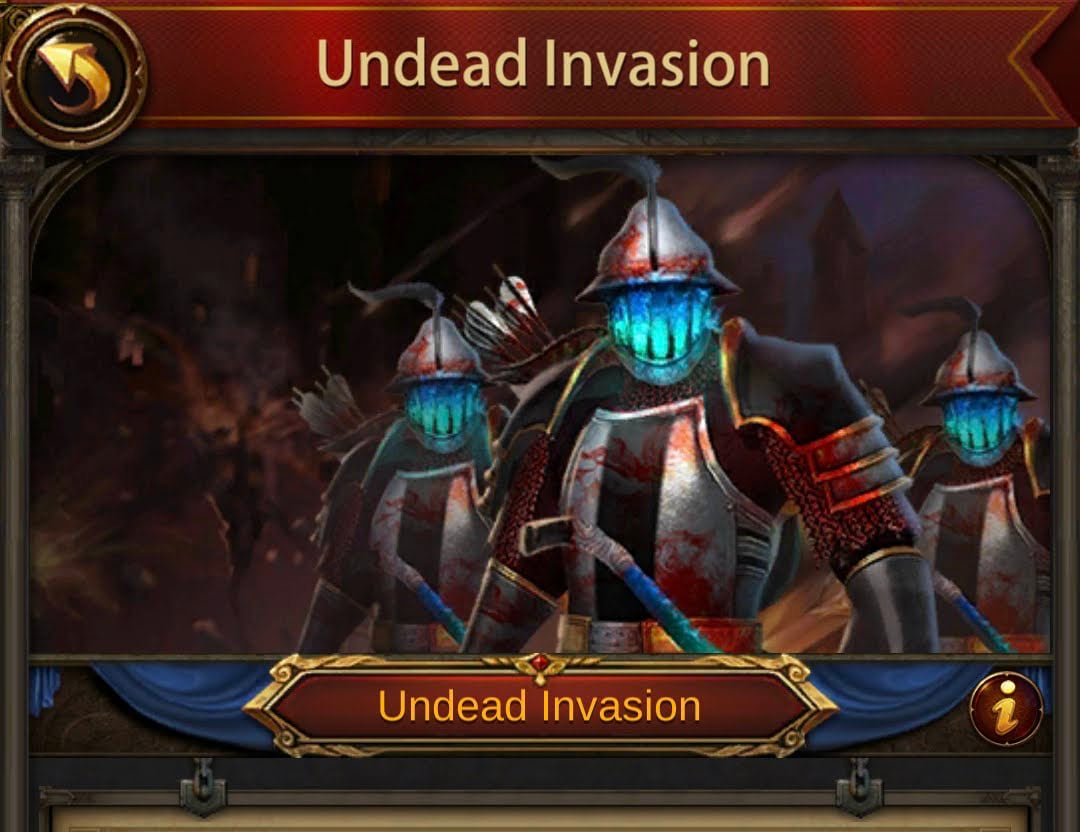 Introduction to the Undead Invasion Event in Evony TKR

The Undead Invasion event in Evony The King's Return is a weekly alliance event for which waves of undead zombies attack your keep and alliance. Everyone in the alliance participates at the same time and can help each other by reinforcing each other's cities.

There are both rewards for alliance milestones and individual score milestones. Potential rewards include gems, resources, speed ups, alliances points/honor and dragon crystals. Placing high in the individual undead rankings can reward up to 24,000 gems.

The Undead event is a great alliance building event since reinforcing and helping to heal other players increases the individual scores as well as alliance scores. In addition, coordinating strategic timing and placement of the Undead Invasion will greatly boost scores, help everyone get through the undead waves and get better rewards.

Basics of the Undead Event in Evony TKR

Undead enemies are different from PvP enemies in that even if you lose a wave, or two, you will not lose all your troops. You will only end up with a relatively small percentage in the hospital.

Some helpful tips and rules on how to start the Undead event in Evony: 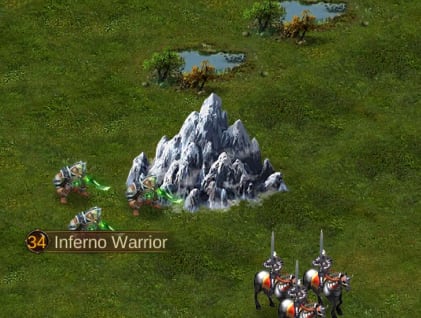 The player who starts the Undead event can "choose" where the undead waves start by teleporting next to the Snow Mountain Peak on the map.

This enables a couple of interesting strategies we will discuss in the Undead strategies section.

The official help from Evony for the Undead event is listed below:

Successfully Defending your Keep during the Undead Event in Evony TKR

Similar to PvP, when Undead enemies attack your castle, you will want the best defense general, as well as most of your troops in the keep to help defend against attacks.

Some general defensive tips for Undead waves include:

There are a total of 20 Undead waves during the event, each increasing in difficulty.

Most waves comprise of equal numbers of Ground, Ranged, Mounted and Siege troops, in increasing amounts per wave. There are no layers in each wave, and the level of the troops stay the same throughout the event.

Given that there are no layers in Undead marches, and you will face each type of troop evenly, you should have a balanced troop composition to defend each wave effectively. This means you will ideally have troops of each type, for each level, otherwise known as layering.

At higher keep levels, you might notice that every fifth wave is exclusively ground type. This would be the 5th, 10th, 15th and 20th waves.

Keep an eye out for these specific waves to make sure you can handle the extra ground troops, best countered with mounted troops in the keep. 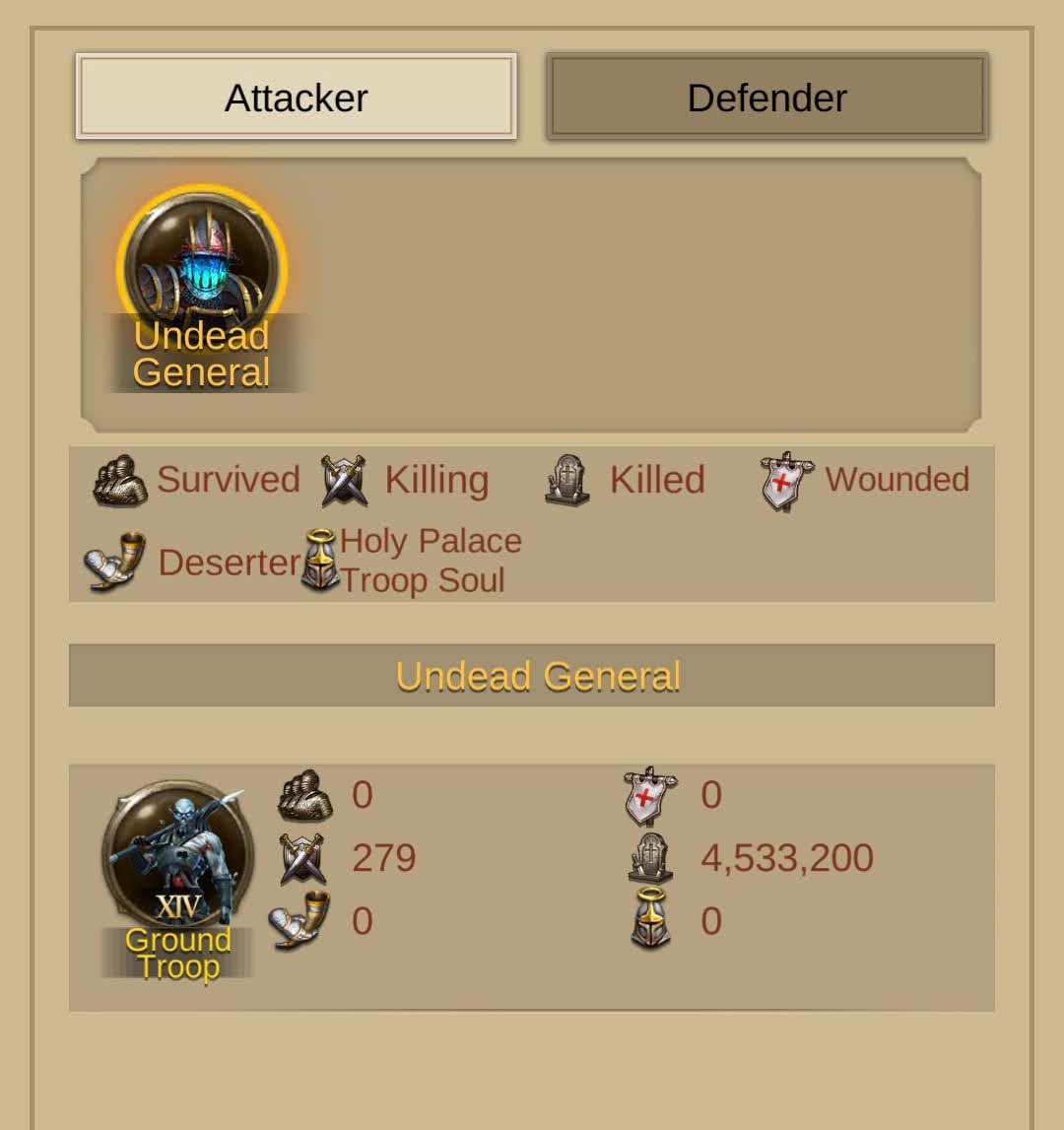 It helps to heal after each wave to replenish your fighting troops. Asking for help during Undead as well as using alliance help reduces the healing time for everyone in the alliance.

Points calculated per individual is based only on two factors during the Undead event:

Since the number of waves is fixed, the number of points you get for the first portion is 20 waves multiplied by the points at your keep level.

However, there is much more strategy in maximizing the number of enemies you kill when reinforcing your alliance, which makes a big difference in individual Monarch rankings.

There are two factors which contribute to this:

Many alliances take advantage of the freedom of starting the Undead waves far from alliance hive. Specfically, they choose to start at a snow mountain peak that's 500m to 600m from alliance hive to maximize points for reinforcing.

As we know from before, the more keeps you can reinforce during the event, the more points.

Using the steps above, you should be able to reinforce twice as many keeps compared to a normal one hour Undead event.

There's some mystery behind how points are calculated for reinforcing alliance keeps during Undead waves. However, the key thing to note is that the more enemies you kill, the more points you get.

The player you are reinforcing does not lose points, so it's more beneficial for you and your alliance to maximize the troops killed during each Undead wave.

A few tips to maximizing troops killed per reinforced keep during Undead invasion:

If you are not getting those scores, check the battle reports and make sure your defending troops are killing the most Undead they can. If not, try changing your reinforcing troop type. 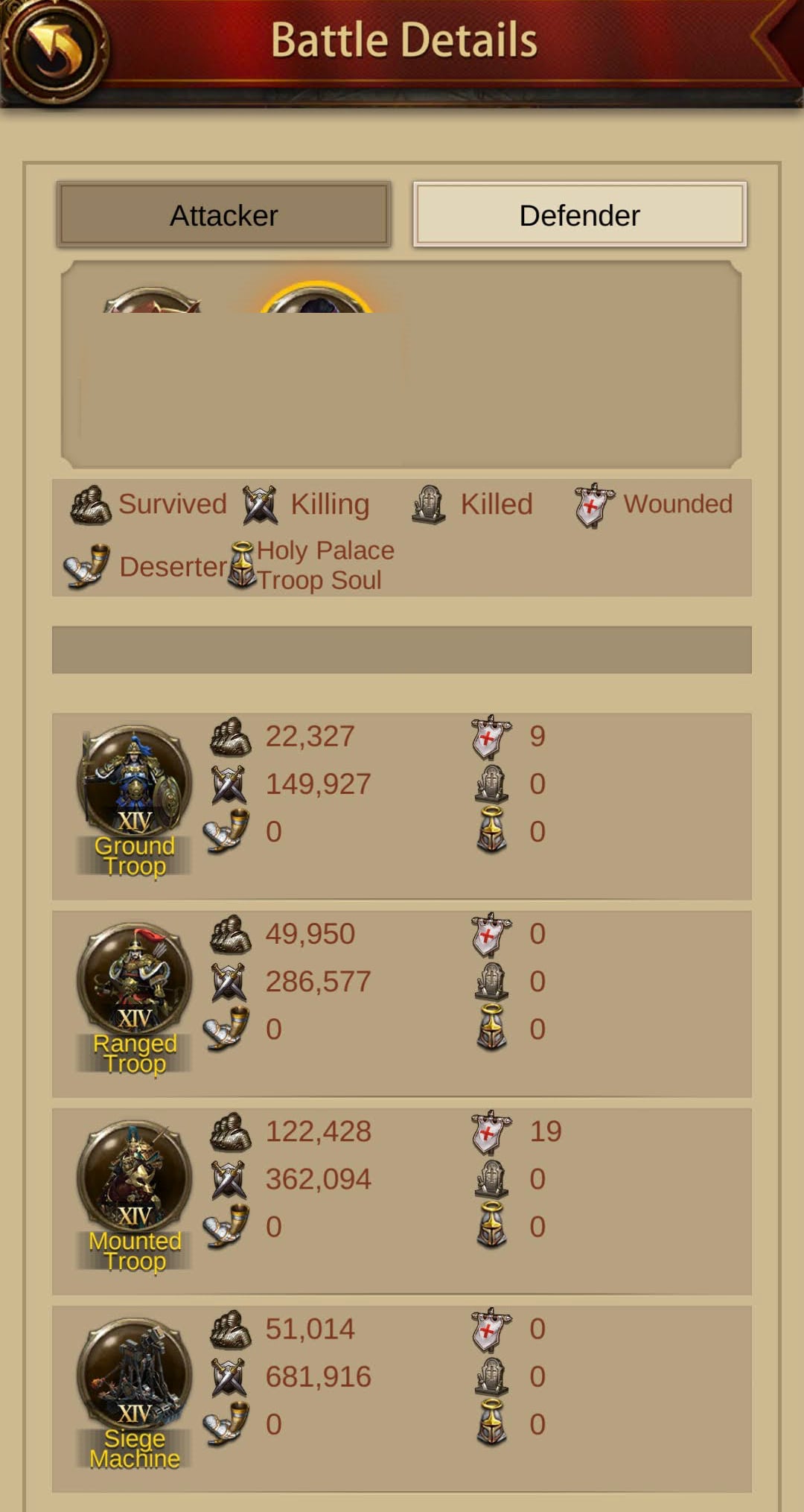 The battle report above shows just how many undead enemies even 50,000 level 14 siege can kill while reinforcing your alliance.

Here is the complete table for how many points you get for successfully defending your keep at a given keep level during Undead Invasion.

There are three different types of rewards you can get for the Undead Invasion Event in Evony TKR:

Between the three types of awards, the Monarch Ranking Rewards are the best, especially if you can place in the top 10.

The top monarch scores for the Undead event can net you 24,000 gems, 10,000 alliance points and hour, and about 120 hours of specialized speed ups and 10 dragon crystals.

The Alliance Ranking rewards can get you 1,440 gems for ranking first, along with some resources, monarch experience and alliance honor and points.

The Alliance Scores Rewards has two criteria, one for points for your monarch, and the other for the total points of the alliance. It can also net you a couple hundred gems and some resources.

The weekly Undead event in Evony is a great alliance building event where each player is encouraged to participate, help reinforce each other's keeps and get great rewards from their shared participation.

Strategy for choosing the right starting location as well as which keeps to reinforce really boosts alliance and individual monarch scores, which can reward thousands of gems.