Comprehensive guide to Battle of Guagamela (BoG) in Evony, including maps, points and mechanics. 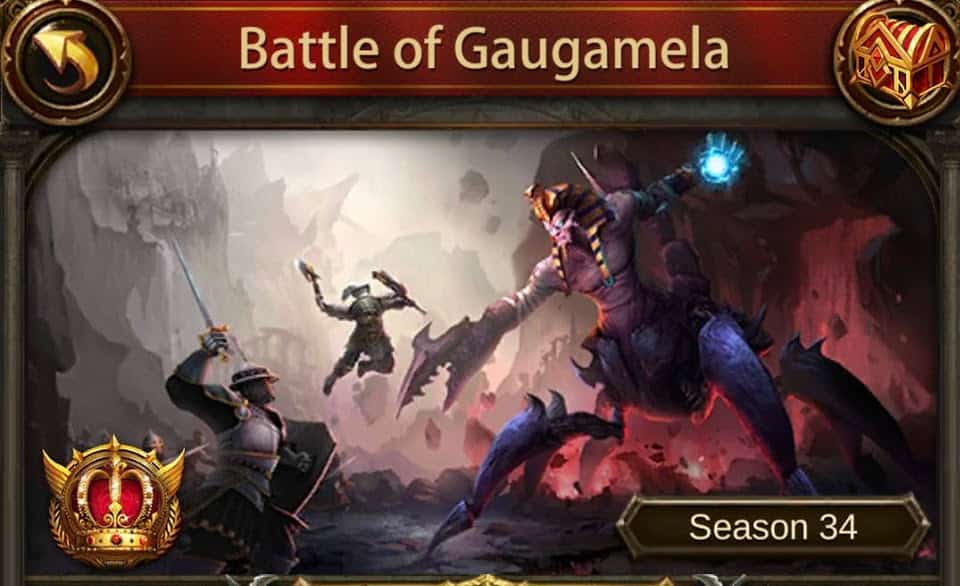 Battle of Guagamela (BoG) in Evony

BoG (Battle of Guagamela) in a weekly event that lasts for 2 hours, usually on Wednesdays. Similar to Battle of Constantinople, your alliance leaders will select or pick a roster of 20 players, and they will also pick a time for your alliance to participate.

Alliance Sign up Requirements: R4s and R5 of your alliance can sign up 1 day before the start of BoC. Before the sign-up time, your alliance must be 14 days old and rank top 10 in the server to sign up.

Player Sign up Requirements: Players must be in the alliance for at least 3 days and keep Level 15 to be signed-up. Players without an alliance cannot sign up or participate in battlefield.

Your alliance's selected players will be matched against another alliance in another server, usually based on the size of the alliance. You will be able to teleport to the battlefield, a separate map when the event occurs, through your Battlefield building.

Evony Guide to BoG - The entrance to Battle of Guagamela

Battlefield Ultimate War is a special type of Battlefield where rewards are doubled and top ranking players can get great rewards, including exclusive dragon eggs.

Battle of Chalons is a special type of ranked battlefield where regular Battle of Guagamela pauses, and alliances fight to be placed in the top alliances on their continents.

Chalons replaces Guagamela in a similar time slot, and Guagamela pauses for Chalons to complete.

There are several mechanics in Battle of Guagamela which are different from regular Killing Events, or notable because it affects gameplay.

The map for Battle of Guagamela is a smaller map, which is 300 by 300km. You will start on one side corner island of the map, along with the rest of your alliance who are teleported in.

This small corner island is a "safe zone", for which enemies cannot teleport in. However, you can still be attacked from marches outside of this island. 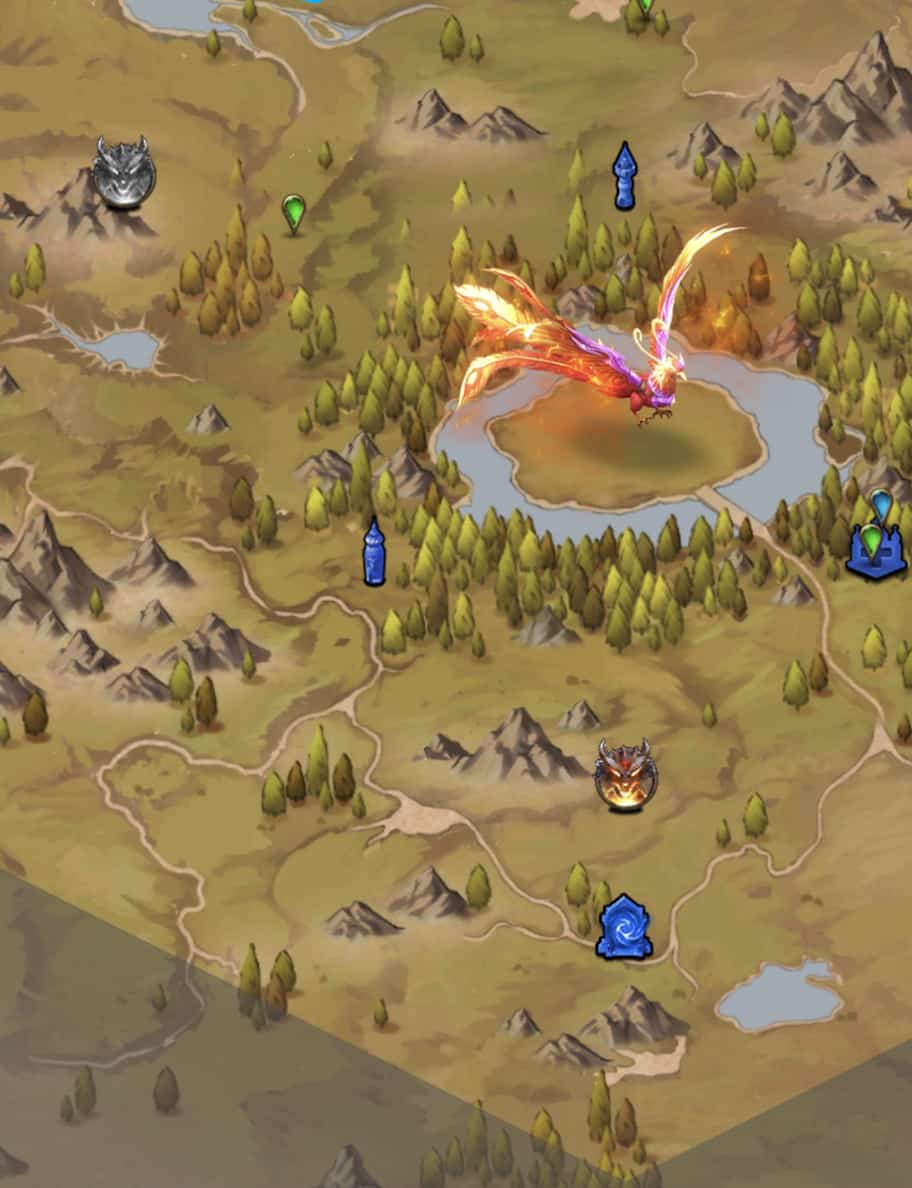 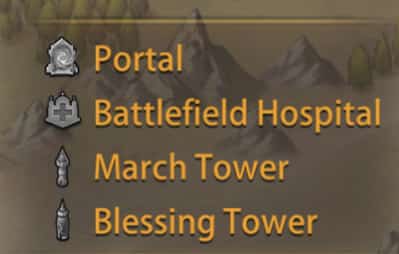 Evony Guide to BoG - The buildings in Battle of Guagamela

The two alliances facing off in Battle of Guagamela are scored against each other with the total number of points tallied from each member of the alliance. There are three ways to earn points in BoG:

Occupying buildings and portals in Battle of Guagamela earns both points and comes with tactical advantages.

The alliance that holds the most buildings usually has a high chance of winning. If your alliance can successfully hold all portals, you will also starve your enemies of teleports, which makes them easy targets.

The first occupier of a building gets full points, and anyone reinforcing gets 20% of what that building is worth.

The blessing tower in Battle of Guagamela offers 20% attack and 20% defense buffs for the alliance currently holding it.

The first occupier gets 2 points for occupation and additionally 1 score per minute.

The march tower in Battle of Guagamela offers speed movement buffs for the alliance currently holding it, and speed debuffs for the enemy alliance. Specifically affected are the monster march speed and march speed of the enemy.

The first occupier gets 1 point for occupation and additionally 1 score per minute.

The battlefield hospital in Battle of Guagamela offers healing buffs to the alliance holding it, specifically being able to heal 60% faster.

The first occupier gets 1 point for occupation and additionally 1 score per minute.

The portals in Battle of Guagamela helps your alliance regenerate alliance teleports. Holding it for three minutes generates 1 teleport chance for your alliance.

The first occupier gets 4 points for occupation and additionally 1 score per minute.

Bosses are spawned all over the battlefield map, from level 4 to level 15, which is a phoenix that sits at the center of the map.

The bosses are worth different points for the person killing or rallying it, according to the level of the boss.

If a boss is rallied, the rallier will get full points, and anyone joining will only get 20% of the points.

It's worthwhile to hit as many bosses as you can, as high level as you can. This is particularly true if you usually rally bosses in your alliance outside of battlefield. One tactic is to use one or two march slots for bosses and the other troops ghosted or defending a building.

Similar to boss monsters, the more and higher level enemy troops you kill in Battle of Guagamela, the more points you earn.

For example, killing a tier 10 troop is worth 30 times more than a tier 1. Here is the complete list of scores earned, per troop and per 1 million troops killed.

There are many tactics to Battle of Guagamela, and most of them you probably used in one form or another in the game. Ghosting your troops, sharing information and boss hunting are common Evony game tactics.

Specfically for Battle of Guagamela, occupying buildings and maximizing the alliance score also play a very large part. These tactics are covered below.

This is extremely important for smaller or medium players in any PvP scenario: Ghost your troops.

This means sending all of your troops out on 60 minute ghost rallies so when an enemy hits you, they lose points instead of you. Do not keep troops in your keep unless you are sure you can defend against an attack.

Having control of the buildings in Battle of Guagamela means controlling the game. Have your alliance spread out on the map early in the battle and occupy buildings and portals.

If you are tasked with portal or building occupation and you're not the largest player, occupy buildings with 1 troop and retrieve that troop. Ghost the rest of your troops.

If you see an incoming attack, share with alliance for reinforcement, or defend the building if you think you can take the attacker.

Unlike killing events, the more members of your alliance that participate in Battle of Guagamela (even if they are lower level), the higher chances you have of winning.

One of the main factors is map control, and the more active participants that can take over portals and buildings or even tease enemies means more opportunities for others to gain points. In addition, lower level players can help kill lower level bosses, which points really add up over the course of 2 hours.

Hunt monsters in Battle of Guagamela with 1 march which is set as a march preset. Ghost these first (or put them on 30min rallies) so that you know which rally to retrieve to use them to kill bosses.

When you are more confident, or the enemies are pretty much gone, use all your marches to hunt as many boss monsters as you can.

Help your alliance by sharing enemy locations, scouting keeps and sharing those reports. If you find a Ifrit or higher level boss you can't take down, share those as well.

Announce you're going to take a building or portal, ask for reinforcements if you need.

Sharing large targets your alliance can take down early and fast means higher chances of winning for the entire team.

Based on the mechanics described above for Battle of Guagamela, you probably realized being able to move and teleport means being able to hunt monsters, kill enemies and stay alive.

This means that being mindful of when you port. Make sure your other alliance members have enough shared teleports to move around with. If everyone on your roster makes it to BoC, each player has on average, 2 ports to begin with.

Often, the bigger players in your alliance will have to teleport more often to take down targets. Save any spare ports for your larger players to take out players that can take you out.

There are tiers of rewards in Battle of Guagamela for the alliance as a whole if they reach a scores goal, the largest being 2500 at the moment. Work together to maximize your points as an alliance because the rewards are well worth it.

If you pretty much defeated the other team and there's someone in your alliance that can rally high level bosses, joining the high level boss rallies are worth a lot more points as an alliance together, especially if you have free marches to hunt other bosses.

Winning Battle of Guagamela Tactics - Save Your Heals

Because healing is free (no resource cost or speed ups needed) at the end of Battle of Guagamela, you shouldn't have to use your healing speed ups unless you're really in a pinch. Evaluate your situation and decide whether or not it's worth it.

Most importantly, you will lose your rewards for battlefield if you leave during battlefield. Do not leave the arena, as much as you can.

BoG has some great rewards which includes gems, gold, speed ups, many resources and dragon crystals. Everyone who participates will get fantastic rewards, especially if you win. Even if you are not first or second, you can still earn many gems and millions in gold.

Here are the tiers of dragon crystals you get as an alliance for winning Battle of Constantinople:

Here are some of the personal rewards:

The amount you receive depends on whether your alliance wins or loses, and whether you hit certain alliance scores goals. It also is affected by your personal score.