In-depth guide on how troop layers work, why they are needed, and best defensive and offensive layer builds in Evony

Layering Troops for Attack and Defense in Evony

An important part of PvP combat in Evony The King's Return is to create both offensive layers and defensive layers of troops for the best army composition. This technique is so common, that most players just refer to troop tier layering as "layers".

There are two types of layers, thick defensive layers of troops to protect your city, and thinner offensive layers for your attack marches.

This guide will go in-depth on how layers work, why they are needed, and how building layers can be sometimes more of an art than a science. 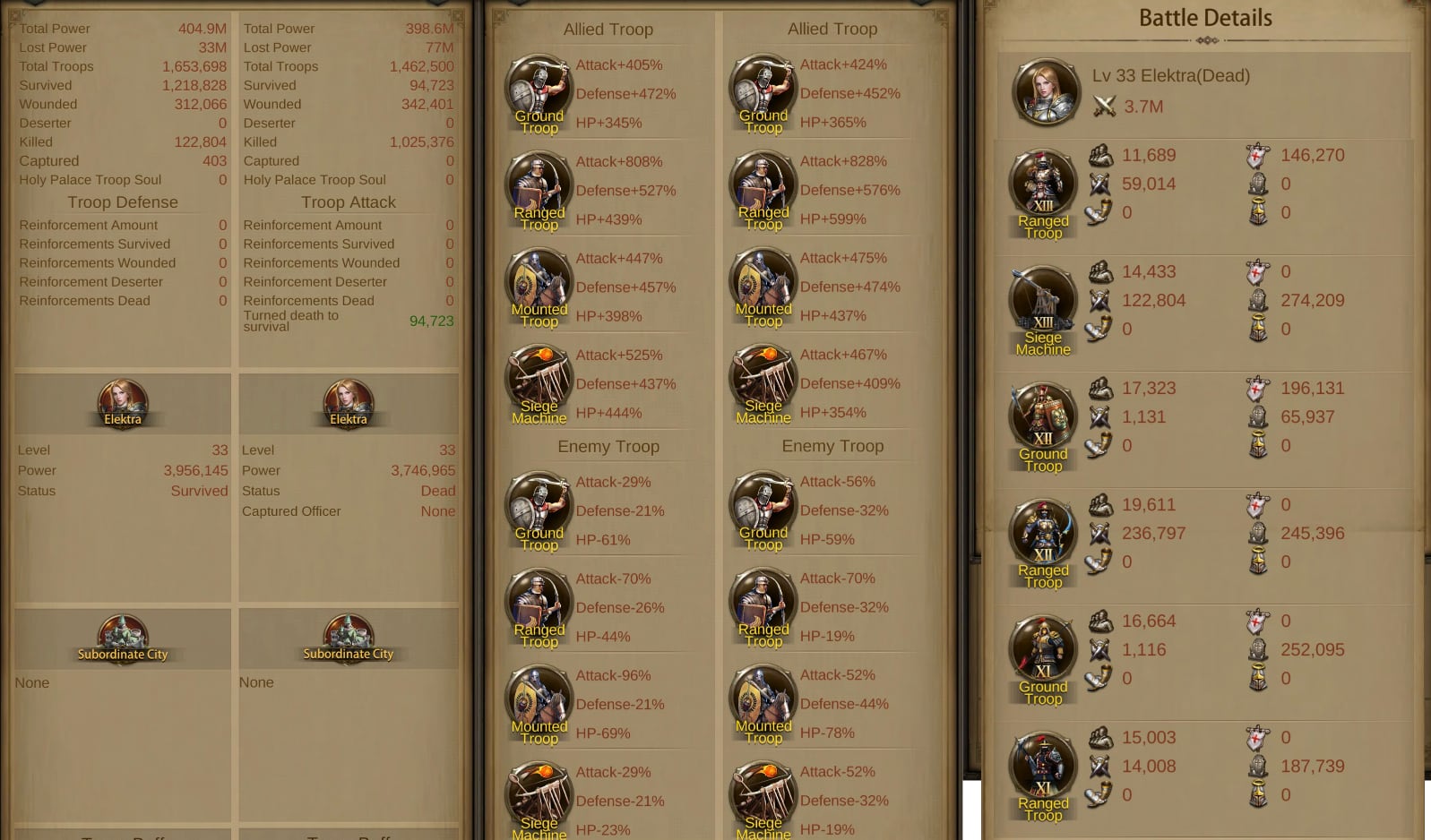 The Underlying Mechanics of Why Layers Work in Evony


Disclaimer: Battle mechanics in Evony are not public information, so much of the information below are battle tested theories. However, there will be proof of these theories below.

Two important mechanics that shape how and why layers work are:

Hidden Rounds of Each Battle in Evony

Although you get instant battle reports, PvP combat in Evony actually occurs in stages or rounds behind the scenes.

This is backed by the fact that each troop type of each tier has five battle-relevant attributes: 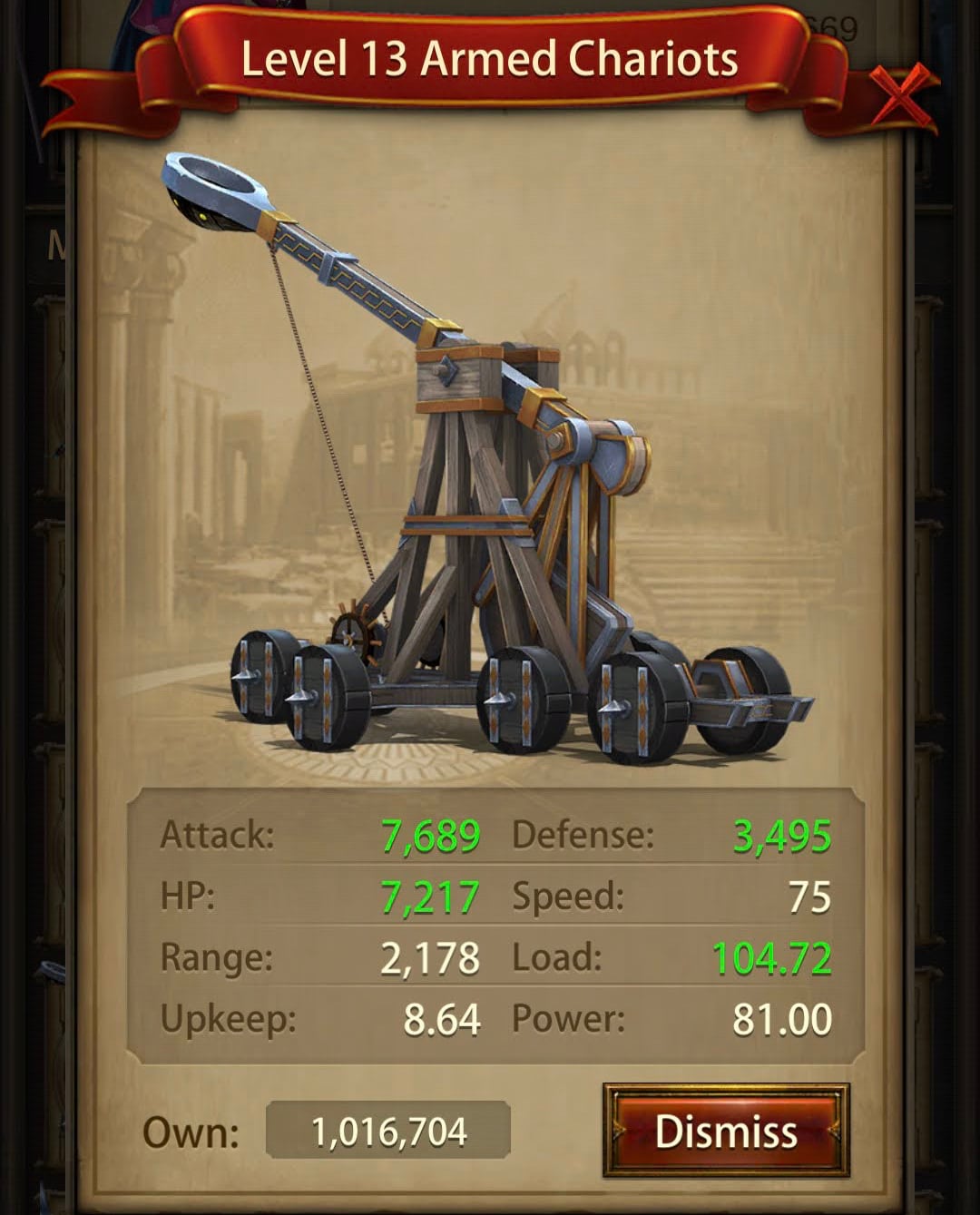 Both ranged and seige have much longer range than cavalries or ground. This means they can start shooting at enemies from further away. On the other hand, cavalry and ground has a higher speed, so they close the gap between them and their enemies per round.

This mechanic, in combination with the different distributions of attack, defense and hp points, also supports the natural counters for each type. Range outpower horses, horses outpower ground, and ground counters archers.

Troop Types Target one Enemy Type per Round

At each turn, each troop type at each tier has their own location and attributes, and choose one target group of enemies. While over the course of an entire battle, that troop type/tier can kill multiple types or tiers of enemies, at each turn, they target only a single one.

If this was not true, the developers would have to implement some kind of logic to split troops to target different enemies, which would result in an inconsistent outcome per battle. In addition, if troops can target multiple types of enemies per round, layers would not work in Evony - but they do.

Given the two battle mechanics above, we can begin to understand why someone with lots of layers has a large advantage over someone without.

Let's assume we have two players A and B, both similar size, power and buffs. Player A sends a march full of T13 archers. Player B sends a march the same size, but with 90% T13 archers and the rest layers of all other 51 troop tiers (T1-T13 times 4 - 1).

The end result is always a massive win for player B, with layers.

Defensive troop layers in Evony are less up for debate, everyone usually has them and they are not too different. In general, the bigger each defensive layer is, the better it is for you because your keep is not limited by march size.

The one thing to consider is keeping the overall number of troops you have manageable, and still being able to ghost if you are not fully able to defend against large keeps.

A general guide for the amount of troop layers per keep level:

At higher level keeps, level 30 or above, you will also want to work on your T12, T13 and maybe even T14s for PvP attack marches.

A good general goal is try to even out each of the three types (mounted, archers, ground) and eventually have at least 1 million of each troop type above T12.

Seige is a fantastic defense for your city, and often will clear out many enemies before they have a chance to reach your city. Do not neglect your seige as part of your defense layers, as the T13 and T14 seige has the longest range of any unit in the game.

You will eventually have at least three main attack marches, one for archer, one for cavalry and one for ground. Other late game marches include seige rally march (seige bomb), and a hybrid archer/seige march.

We will focus on the three main "pure" marches here. 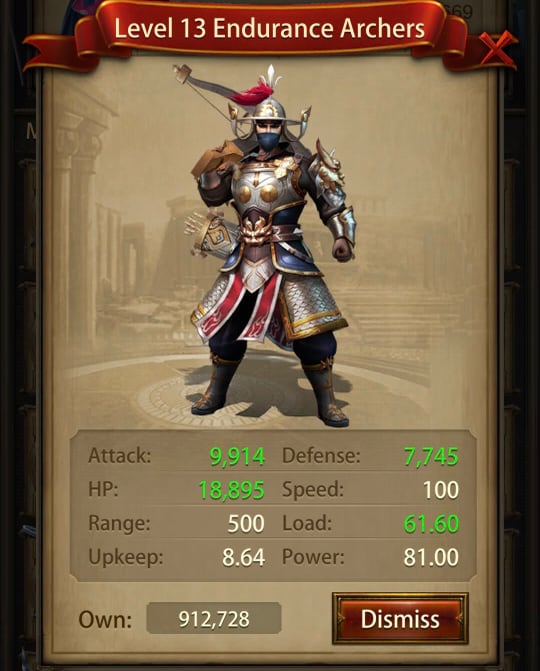 The basic formula for building your ranged layered march is:

Yes, these are very wide ranges for each troop type, so your ranged march shouldn't be very different from the formula above.

The reason the ranges are wide is that the specific percentage or number for you depends on your specific circumstance.

However, larger layers also means less room for your most powerful ranged troops and not focusing on the type your general is optimized for.

Scout your enemy and update your layers accordingly. Layering means tricking the enemy troops into under-utilizing their power. With a good idea of what your enemy's layers look like (or whether they have layers at all), you should be able craft the optimal layered march to counter. 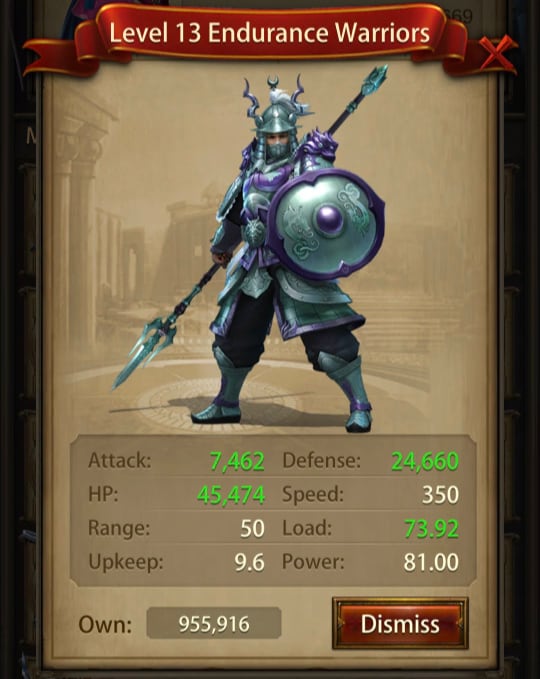 The formula for building your ground layered march is:

The formula for ground layers is a little different from ranged troop layers. Ground is mainly used to counter range, and their heavy HP and defense is a natural advantage.

Ground's speed stays the same for each tier, but their attack, defense and health increases for each tier. So every tier of ground moves in battle at the same speed per round, but higher tier ground troops are much less vulnerable.

This is why ground marches tend to be more top heavy than ranged marches. You will still want ground layers, and all other troop layers to counter enemy layers. 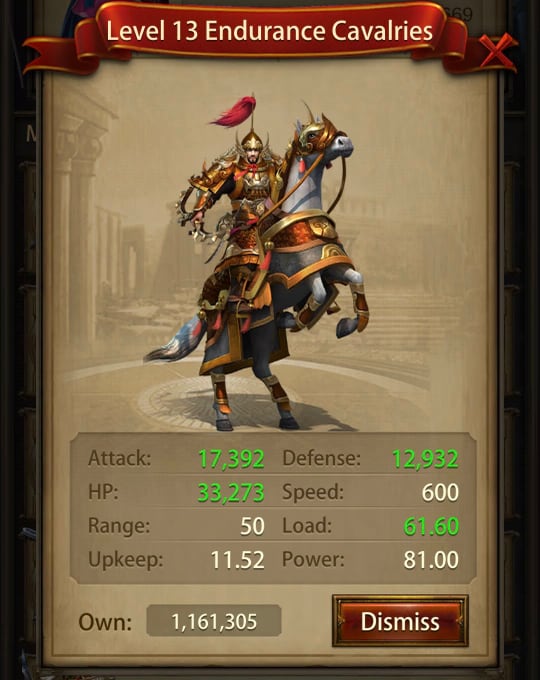 The formula for building your mounted layered march is:

Similar to ground, cavalry has increased attack, health and defense for each higher tier. They are mainly used as a ground counter and their high speed and attack gives them an advantage.

To maximize mounted effectiveness, you want to increase attack and HP. This is one reason why mounted attack marches also tend to be more top heavy than ranged PvP marches.

All experienced players layer their troops, both defensively and offensively. Layers create a huge PvP advantage over someone that does not, and can often determine how effective someone is holding a building in Battlefield or temple in Server War.

Ultimately, the exact numbers for the best layers for you depends on a variety of factors - your level, your available troops, and your enemy keep/march.

However, the tried and true formulas for successful pure attack marches are very similar, your march should have 70-90% of your top three levels of that type, and layers all the way through.